20% off on any Crystals and Gemstones

SHUNGITE – The Stone of Life 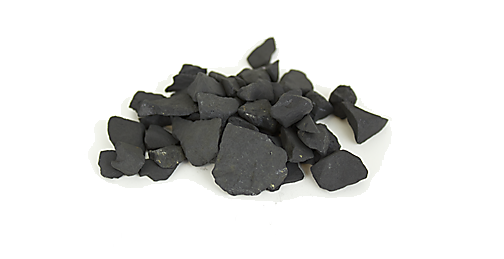 Shungite is a special pure carbon from the region of Carelia in Russia. This charcoal looking mineral has become known all over the world because of its amazing healing properties. Researches of Shungite have also shown that direct contact of the stone with the human body ensures relief from pain and releases from a number of serious illnesses.

Shungite receives its healing power from one of its elements, fullerenes – a globular hollow molecule consisting of several dozen carbon atoms. When fullerenes were discovered in shungite a few decades ago, it became a sensation. Fullerenes, getting in to our body, behave as the most powerful and long-acting antioxidant as a means to fight free radicals.

Shungite cures, rescues, purifies, heals, protects, normalizes, restores and even stimulates the growth. An amazing rock, it kills and devours anything harmful to people and other living beings, and restores all that is good. It literally absorbs negative energy while emitting only positive.

The scientists who have studied shungite in one voice declare, it is a miracle!

Offer valid for our out of town subscribers via phone.
If coming to the store please mention this offer.